Technology and innovation star in the 15 finalist projects of ViaGalicia

More than 200 initiatives were presented in the fifth edition of the accelerator promoted by the Vigo Free Zone and the Xunta de Galicia.

The ViaGalicia Technical Committee, the business accelerator promoted by the Vigo Free Trade Zone Consortium and the Xunta de Galicia, announced the 15 projects chosen for the final phase of its fifth edition. Companies in sectors such as satellite manufacturing, forensic certification, digital platforms, industrial design, mechanics or agri-food will have the opportunity to develop, for six months, with the help of a team of experts, their business projects and models.

Among them are Alén, manufacturer of hand-held satellites, AuthUSB, which designed a tool to prevent all types of attacks on USB devices; Direct Dump, a system that facilitates a forensic self-certification process aimed at computer experts or other security forces; Data Monitoring, which designs IoT (Internet of Things) solutions to monitor water and milk tanks, and RocketForms, a platform that produces interactive forms for insertion into web pages.

The finalists will also work for six months in Porto do Molle to perfect their projects.

In the digital environment are the Livetopic projects, online financial advisor; Legalmit, virtual online law firm for lawyers; or Tidyant, an application for managing the sales and after-sales cycle of companies and technical services. In addition, initiatives such as Ertha Surfboards, manufacturer of ecofriendly surfboards; Xtonebox, dedicated to the manufacture of vintage hi-fi and professional audio equipment; or Colibrí, focused on the sale of scooters with very attractive designs and the latest technology in mechanics.

Agri-food will also be present with the selection of four projects related to the sector: Galician Brew, an award-winning range of beers with their own personality; Bisqato, a new gourmet cheese and soft pasta brand; Orballo, the first certified organic tea plantation in Europe; and Grilier, a healthy gourmet barbecue seasoning.

In addition, the fifteen selected projects were joined by Emsamble, aimed at the development of a modular architecture system that reached the Academy phase of the previous edition and which has now been selected after its registration in the extraordinary Fast Track call that ViaGalicia opened for the first time last February. The Technical Committee has been able to verify its significant evolution over the last year and its suitability to join the acceleration phase.

The decision of the committee took into account the ability to return on investment for potential investors in the projects, their possibilities of attracting customers and validating products with them during the acceleration process and their strategic relevance in the Galician business fabric. The strength of the teams and the presentation they made on 23 and 24 March at the DemoDays, held in Lugo and Vigo, were also valued.

Now, the 15 finalists will work from Porto do Molle to consolidate their projects for 15 future investment rounds. They will receive specialised help and will have financing of up to 125,000 euros in the form of participative loans, in addition to a non-refundable grant.

ViaGalicia’s objective is to opt for innovative projects through a programme of advice, joint work and financing. Since its inception in 2013, it has received more than 1,000 business proposals and invested 6.5 million euros in over 160 projects. Of these, almost 70 moved forward as companies and created more than 360 jobs.

The “dangers” of La Resistencia’s pendrives.

Lessons to learn about Triton Malware 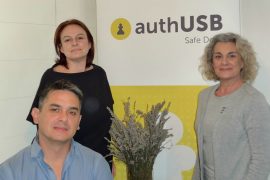 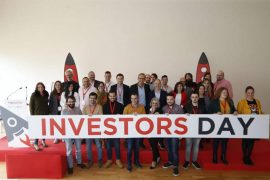